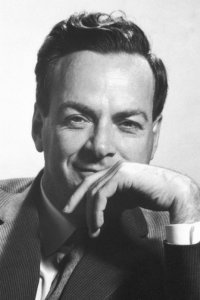 What is the difference between science and philosophy?

I don’t hold myself out as a scientist. But I do, obviously, sometimes refer to myself as “The Switchel Philosopher,” at least “a part-time amateur philosopher-in-training.” When I started this blog in February 2017, I wrote in this post: “Philosophy is asking questions and thinking about the answers.” Isn’t science the same thing?

Well, let’s practice a little philosophy and think about the question at the top of this post:

What is the difference between science and philosophy?

Consider the tag line on my other blog (The Switchel Traveler): “There are more things in heaven and Earth, Horatio, than are dreamt of in your philosophy.” That is a line from Hamlet. Shakespeare meant natural philosophy, which today we call science. So clearly there is some connection between science and philosophy.

In my last two posts I mentioned several famous physicists, all winners of the Nobel prize in physics: Albert Einstein, Niels Bohr, Werner Heisenberg, and Frank Wilczek. In this post I will discuss another famous physicist, also a Nobelist – Richard Feynman.

Feynman was famous for his exuberant love of science. He was a great scientist, and made contributions to physics nearly as significant as Einstein’s (relativity) and Bohr’s (quantum mechanics). He was an outstanding science teacher. And he was also known for his strong aversion to philosophy. Interesting. Why didn’t Feynman like philosophy?

My last two posts discuss an idea found in both ancient Chinese philosophy (yin and yang) and in the very modern science of quantum mechanics (Bohr called it complementarity). Perhaps the way I worded the title of this post (Science vs. Philosophy) suggests that science and philosophy have a yin and yang, or complementary, relationship? Could that explain Feynman’s love of one and aversion to the other? No, I don’t think that’s right.

The principle of science, the definition, almost, is the following: The test of all [scientific] knowledge is experiment. Experiment is the sole judge of scientific “truth.”

If you are curious and want to learn more about Feynman’s views about science, this talk that Feynman gave in 1966 is excellent: What is Science?

Why didn’t Feynman like philosophy? I think it was because he didn’t like baloney, or what we might now call truthiness, and he felt that too many philosophers were full of baloney. The following quote gives you an idea of Feynman’s views about philosophy:

What I want to discuss in this series of lectures is the general characteristic of Physical Laws. … Now such a topic has a tendency to become too philosophical because it becomes so general, and a person talks in such generalities, that everybody can understand him. It is then considered to be some deep philosophy. I would like to be rather more special, and I would like to be understood in an honest way rather than in a vague way.

[Source: The 1964 Messenger Lectures at Cornell University, Lecture 1 “The Law of Gravitation, an example of Physical Law.” Available in print with a foreword by Frank Wilczek. Video preserved online by both Cornell University and Microsoft.]

If you are curious and want to learn more about Feynman’s views about philosophy, this 2011 TEDx talk by physicist Leonard Susskind is excellent: My friend Richard Feynman. Dr. Susskind talks about Feynman’s aversion to baloney, and then proceeds to tell a humorous story about a dinner conversation between Feynman and two philosophers: “Feynman let them have it – both barrels, right between the eyes!”

There are some lessons in all this for me and this blog. I am not trying to be a scientist, but only an amateur philosopher (part-time). Even so, perhaps especially so, I should:

I welcome feedback from readers if I am not meeting those goals.

UPDATE 2/01/19: A scientist friend adds the following qualification to the above discussion (I’m paraphrasing, not quoting exactly): George, I agree with your description of the distinction between science and philosophy, with one small tweak. Science requires empirical evidence while philosophy does not necessarily. Proof from experiment is the gold standard but in some instances that’s not possible. So you do the best you can. But in all instances science requires empirical evidence.

A further thought. Reason is not everything. It is only half of a yin-yang relationship. The other half is emotion (such as an appreciation of beauty or mercy). A world that is based only on reason, or only on emotion, is a scary place. We need both reason and emotion, to balance each other, as we strive for harmony.

1 Response to Science vs. Philosophy