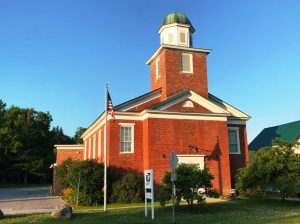 OML applies to town government as follows: all official town boards, commissions, and committees, including subcommittees (called “public bodies”) are subject to OML. For example, OML applies to the selectboard. OML does not apply to individual officials. A meeting of the town clerk with other individuals does not come under OML (unless those involved constitute a quorum of a public body).

Following are the main points of OML:

Those main points of OML seem straight-forward enough, but they are qualified by two important considerations:

The goal of Vermont’s open meeting law is transparency and accountability in government, which is desirable. However, taking all of the above into account, OML has implications for the ability of public bodies in town government to be effective. Perhaps someday I’ll write more about that, but for now I’ll simply note the following aspect which relates to the theme of this series of posts (learning about town government) especially for new selectboard members. With the current 3-member selectboard in Cambridge, a quorum is two. No member of the selectboard may talk with any other member of the selectboard about anything to do with town business outside of a public meeting. (There are very limited exceptions to this rule.) Regular selectboard meetings in Cambridge are twice a month for about two hours at each meeting. That is not much time, and meeting agendas are full. This restriction on discussions between selectboard members not only limits how much and how quickly things can be done, but it also makes it difficult for a new selectboard member to learn the job. This situation will change with the expansion of the Cambridge selectboard to five members at the next annual town meeting on March 5, 2019. Then a quorum will be three, and it will be possible for a new selectboard member to visit with a veteran selectboard member in a 2-person conversation, outside of a public meeting, to learn the job.

For more information about “sunshine” laws in the United States in general, see this Wikipedia article:

Freedom of information in the United States